THE past few months have seen an exodus of Filipino players to Thailand to pursue a professional football career after their campaign in both the domestic league and in the international front.
Two players from the Azkals Development Team in Jarvey Gayoso and Mar Diano are headed to Muangthong United following their stints in the Philippines Football League as well as in last year’s Southeast Asian Games.
OJ Porteria is on the move as well bidding goodbye to 2020 PFL champion United City FC. Reports said Porteria is signing with Ratchaburi, another club in Thailand.
Gayoso and Diano are seen as the future stars of the Philippine team, while Porteria has already made a name for himself with caps for the Philippine Azkals as well as matches in the AFC Cup while playing for Ceres-Negros FC. 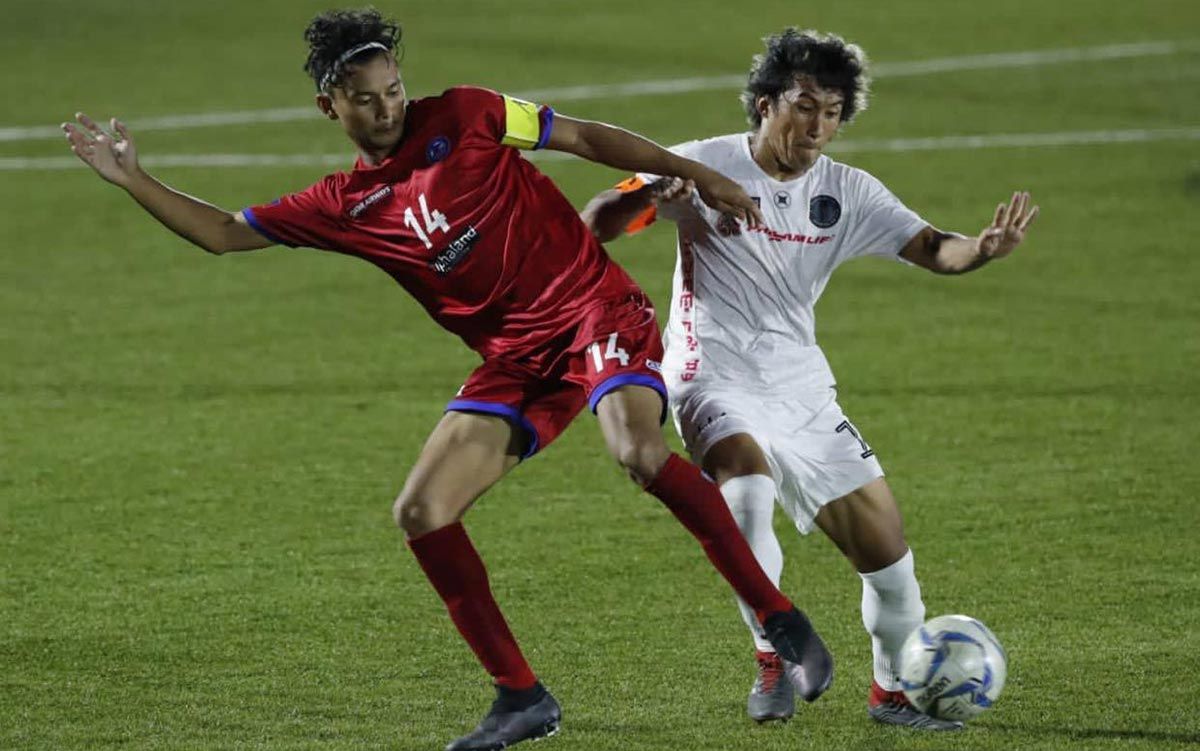 Unknown to sports fans outside the football community, Thailand has lured several other Filipino players in the league over the past few years.
A check with the T1 club rosters in the website soccerway.com showed that there are 13 players from the Philippines who are playing in Thailand, and that list doesn’t include the new signings.
Among the notable players are goalkeeper Michael Falkesgaard, defenders Carli De Murga, Daisuke Sato, Alvaro Silva, and Luke Woodland, midfielder Kevin Ingreso, and forwards Javier Patino, Iain Ramsay, and Patrick Reichelt, all of which were part of the Azkals roster in last year’s AFC Asian Cup debut.
What is T1?
The Thai League 1 or T1 for short has 16 clubs competing in a season that usually runs from February to October, except this season when it was pushed forward due to the COVID-19 pandemic. It is currently known as the Toyota Thai League due to its sponsorship with the Japanese car brand.

Professional football began in Thailand in 1996 with the Thailand Soccer League, but it didn't gain ground until 2009, when license regulations of the AFC allowed participation in the AFC Champions League, a competition among champion teams from all over the continent.
T1 was the product of a rebranding of the Thailand Premier League to bring identity to the country’s top flight football league.
Chiangrai United is currently the defending champion of the league, and incidentally, there are no current Filipinos in its roster.
Football destination
There was a time when the Southeast Asian power saw its top players routinely leave to playi n other countries, but that changed when the domestic league grew after it transformed from a league of companies and organizations to regional clubs.
“Once considered a joke, professional Thai football is more popular and profitable than ever, and top clubs and sponsors are cashing in,” wrote the Bangkok Post in its special report about the league in 2015. 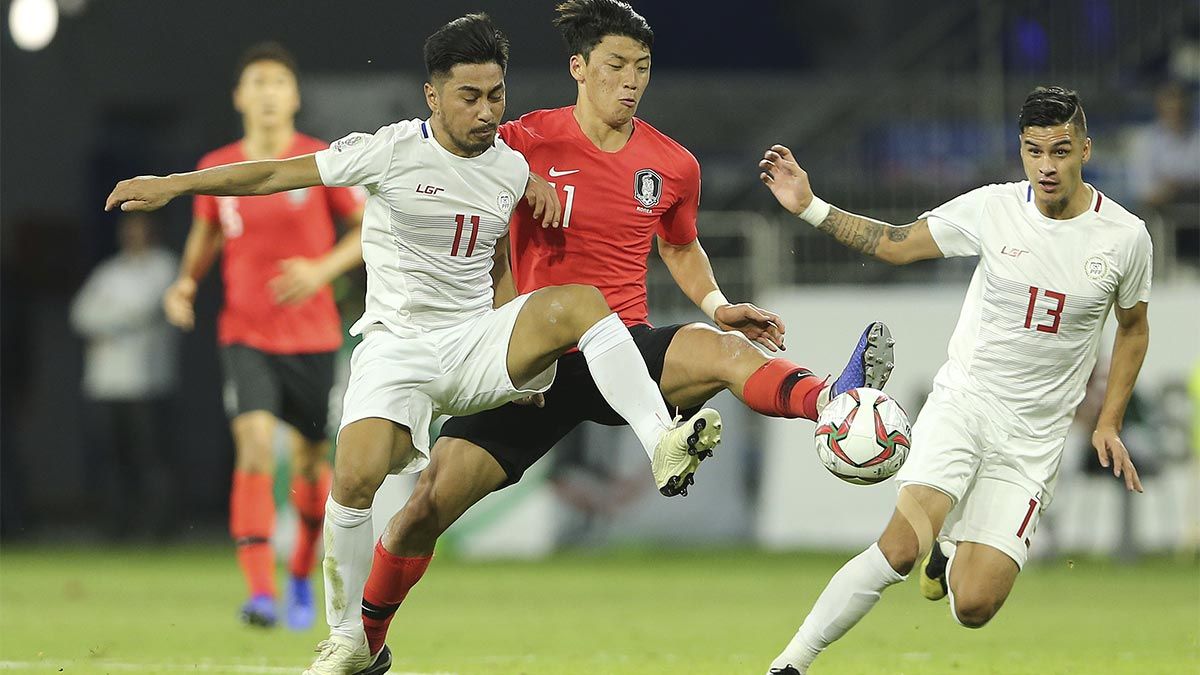 Thailand soon began attracting foreign talent and perhaps the biggest signing came in 2011 when Muangthong United signed former Liverpool star Robbie Fowler, putting the country on the football map.
T1 brings in ASEAN talent
In 2016, T1 began opening its doors to Asean talent after changing its rules on foreigners. Previously, clubs are allowed to have five foreigners – one coming from the Asia. But a rule change mandated that one of the foreign players should come from the Asean region.
That number has since increased to three during the implementation in 2018.
“We believe that clubs should have ASEAN players, to raise Thai football up as the center of ASEAN football as well as value-add. This way, supporters and sponsors will come from abroad, too.” said Thailand’s football federation president Somyot Poompanmoung as quoted by Goal.com. 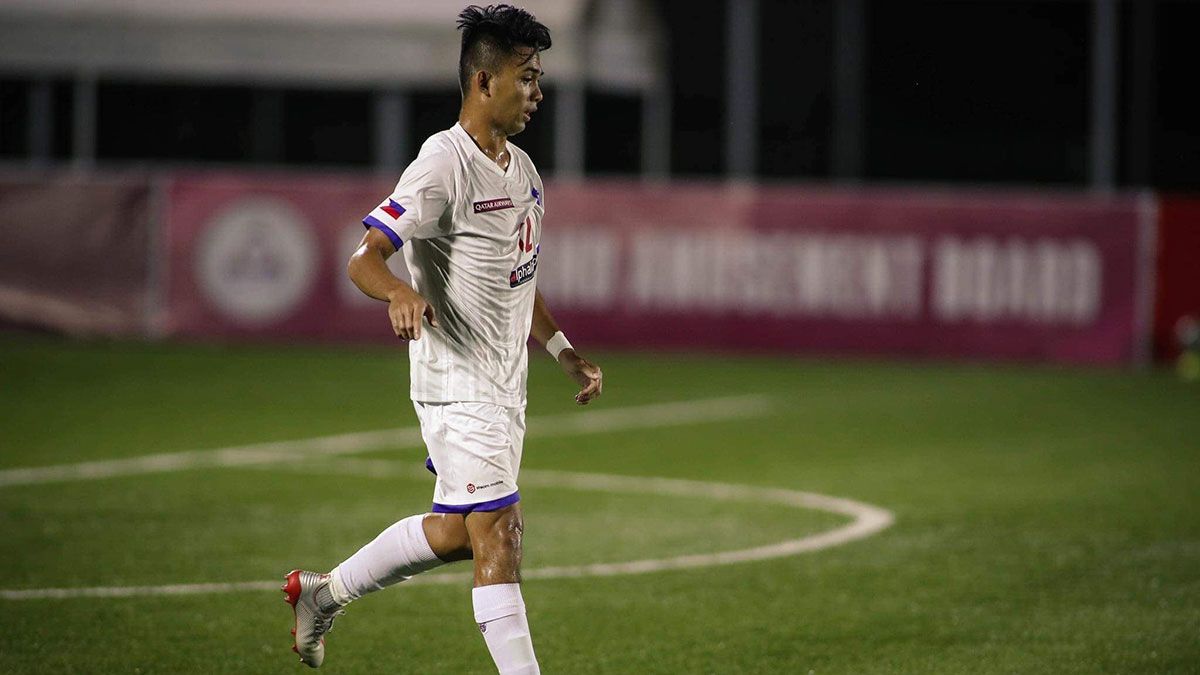 Lucrative market
Since its growth, T1 has become one of the most attractive leagues in Southeast Asia financially. A report by Singaporean paper Straits Times in 2016 indicated that the average salary of a player in Thailand is 4,000 Singapore dollars or about P140,000 in today’s value.
In that same year, Thailand defender Tanaboon Kesarat was signed to a 50 million baht contract or 700,000 baht per month, estimated at about P1.1 million in today’s value.
Asean players are also paid well. A 2017 story by ESPN.com claimed Malaysia players were offered salaries in the range of USD 3,000 to 5,000 or P140,000 to P240,000 in today’s value.
Since opening its doors to the Asean market, Thailand has always looked at Philippine football for potential talents. Azkals skipper Stephan Schrock, for one, has always gained interest from Thai clubs but had shunned such move.
Top-class football
Azkals coach Scott Cooper said the Thai league is a good option for Filipino players because of the level of competition. Cooper should know, having once coached in Thailand as manager of Muangthong United where Gayoso and Diano have moved. 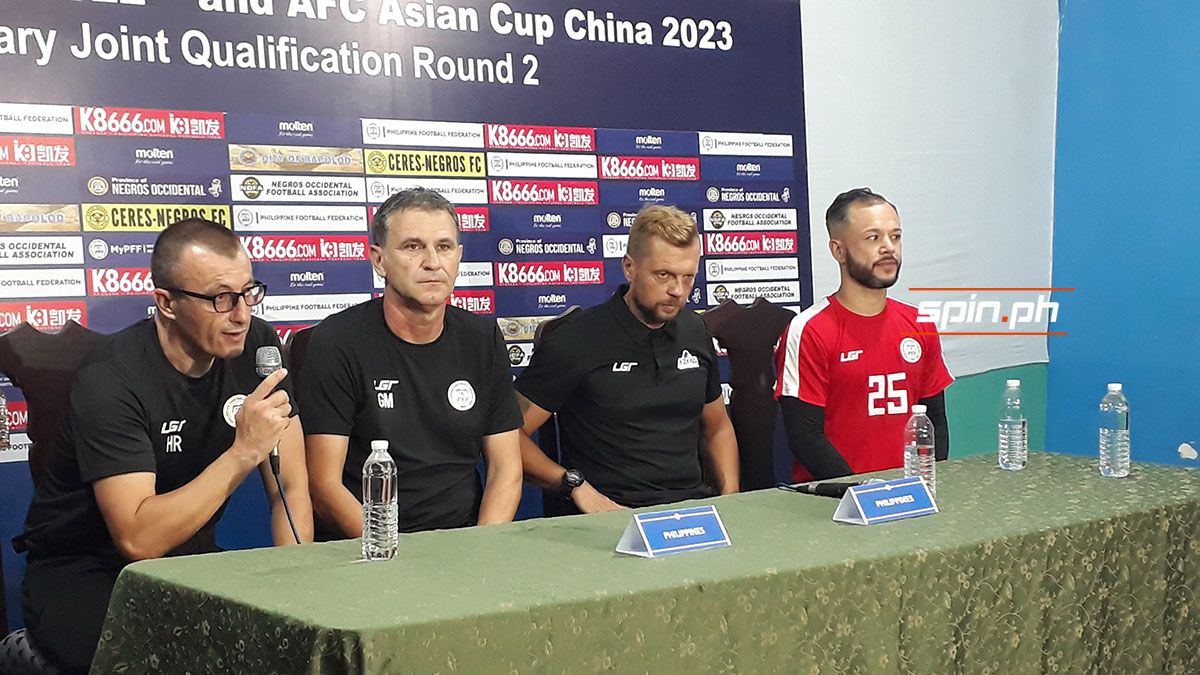 “The Thai league, as a whole, is a good commodity. I think it’s a good opportunity to develop,” Cooper said.
Although the Philippines has improved immensely in the international scene, Cooper admitted its domestic league is still not as strong as others in the Southeast Asian region.
“The truth is we are still behind,” said Cooper on comparisons between the Thai league to the PFL. “As much as I want the league to improve, the Thai league has the bigger budgets, the biggest stadiums, more fans, and therefore, it comes with more responsibilities and pressure to the players to learn.
“They can obviously earn a little bit more money for themselves too. They are playing a longer season against more opposition in two or three trophies. They are playing against, fair to say, much stronger foreign players in the Thai league,” said Cooper.
While our own domestic league is still growing, Cooper supports the move of Filipino players to the Thai league, saying it will help spur the growth of local football.
“We’ve got some Filipinos that have made a good name for themselves over there. It opens the doors for the players. As the Azkals coach, you just want players to play the strongest level possible. Europe is a little bit too far for them. Thailand is quite close. A lot of players know the team and the league there and it’s easier for me to gauge them as well,” Cooper said.
“It gives us a responsibility for those players to see if they can make a grade there which is a great example against Thailand possibly being the strongest Asean country for a while. Vietnam might argue with that but that’s fair to say. Our players as a domestic player put themselves against top players over there is a good example,” he added.

PFL growth
As Filipino players continue to move to Thailand, Cooper hopes that there will be a time that the Philippine domestic league will become just as strong.
“We want to keep supporting the PFL. Some players will go over there and push themselves at a higher level. It’s their choice too. It’s one of those things that we want to see in the PFL growing in numbers, growing in budget, growing in teams, and there will hopefully be, at some point, that we don’t lose as much players to the Thai league,” Cooper said.
“Hopefully, in the long-term future, our PFL league can be just as strong. You have to be honest, it’s not, at the moment. It’s for the players to step in to that league and perform. It will do them the world of good. At the same time, we are not underestimating this league. We will still develop players and bring them through as well. The ADT lost two players in the league but we have 24 players in the roster so it’s not bad,” he added.