News Corp is a network of leading companies in the worlds of diversified media, news, education, and information services. 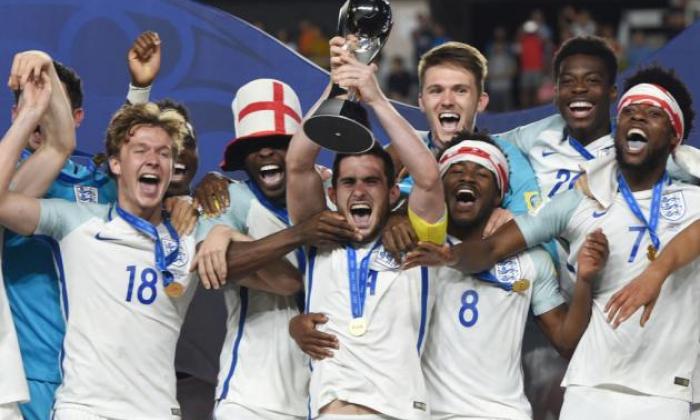 England’s Under-20 World Cup heroes played a total of 1,094 Premier League minutes between them last season – equivalent to about 12 full matches.
Bournemouth’s Lewis Cook – the captain of the team – made the single biggest contribution to that total of the 13 players who featured in the victory over Venezuela with his 431 minutes for the Cherries, with the final match-winner Dominic Calvert-Lewin second on the list with 346 minutes for Everton.
Toffees team-mate Ademola Lookman appeared for 287 minutes according to soccerway.com with Josh Onomah of Tottenham Hotspur (17), Jonjoe Kenny of Everton (12) and Ainsley Maitland-Niles of Arsenal (one) making up the rest of the total.
The key to Paul Simpson’s side now progressing will surely be regular exposure to Premier League football, and it will be interesting to see how many members of the squad gain additional playing time in the 2017-18 season.
Newcastle United goalkeeper Freddie Woodman – who saved a penalty in the second half to ensure England secured the trophy – racked up the most minutes of any player with 1,260, but they all came on loan at Scottish Premiership side Kilmarnock. He will hope for more chances with his parent club, who will of course play in the top flight next season.
Home-grown debutants averaged 716 minutes of Premier League football in 2016-17, a 20 per cent increase on 2015-16 (596 minutes), according to figures from the Premier League.
An Everton side including Kenny, Calvert-Lewin and Dowell won the inaugural PL2 competition for under-23 players, designed to bridge the gap from academy football to the first team.
Tom Davies played 12 times for Everton’s PL2 side before going on to star in the first team.
This service is provided on talkSPORT Ltd’s Terms of Use in accordance with our Privacy Policy.